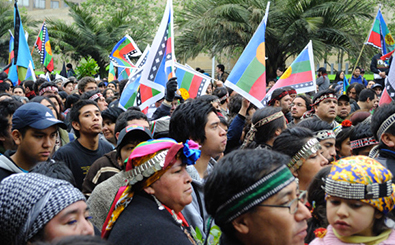 (Originally published as Isabel Aninat, On the Debate of the Constitutional Recognition of Indigenous Peoples in Chile, Int’l J. Const. L. Blog, Nov. 6, 2020, at: http://www.iconnectblog.com/2020/11/symposium-on-chilean-referendum-part-iv-on-the-debate-of-the-constitutional-recognition-of-indigenous-peoples-in-chile/)

The Chilean Constitution, as well as all previous constitutions in Chile, is silent in regards to the recognition of the country’s ten indigenous peoples.[1] Even though new pieces of legislation and public policies have made significant progress over the last decades, the demand for constitutional recognition of the indigenous communities is a long-standing promise that the political elites have failed to acknowledge. Upon initiating the constitution-making process, the demand for recognition has regained relevance in the public discussion, mainly because of the elevated tensions between the various governments and the Mapuche peoples—the largest indigenous group in Chile. And even though there is strong public support for its inclusion in a new Constitution; the specific type of recognition in addition to what it should entail, will probably be one of the highly contested issues in the Constitutional Convention.

Currently, 12,8% of the population in Chile self-identify themselves as indigenous, and 80% of them as Mapuche (Census 2017). In other words, more than 10% of the population in the country identify as Mapuche. Recent studies show that self-identification has been growing over the last few years.[2] However, the relation between the State and the indigenous peoples legally recognized in Chile has been far from easy. Historical abuses over land tenure, neglect, poorly designed public policies, accumulated grievances, recurring episodes of violence, poverty, and social discrimination,[3] have led to a long-standing situation. In other latitudes the described fits what has been called as a “wicked problem” from a public policy perspective.[4]

One of the recurring demands of the indigenous peoples has been their constitutional recognition. In Chile, the Constitution of 1822 —a constitution that only lasted one year— established as one of the tasks of Congress “to look after the civilization of Indians in the territory” (Art. 47). This particular mention has been the only reference to the indigenous population in all Chilean Constitutions so far. In 1989, Patricio Aylwin, as a presidential candidate for the first democratic government after Pinochet´s dictatorship, subscribed an agreement with representatives of the Mapuche organizations, in which he promised, among other commitments, to include the recognition of the indigenous peoples in the Constitution.[5] Since his government (1990-1994), various bills have been discussed in Congress, reaching no agreement so far.[6]

Furthermore, every single president since the return to democracy has officially announced his or her intention to grant constitutional recognition to the indigenous peoples, with no success to this date. Meanwhile, legislators have approved the Indigenous Peoples Law (1993)[7] and ratified the 169 ILO Convention (2008), after eighteen years of discussion in Congress. However, despite these and other advances, the demand for constitutional recognition did not subside.

The discussion about the constitutional recognition of indigenous peoples comes from a factual reality: within the country, a percentage of people identify with an indigenous group, with the aspiration of having public and political recognition as collectivities. Cultural identity ceases to be a private matter and seeks to express itself in terms of power. The starting point is an essentially constitutional question: What does the idea of “peoples” entail? What constitutes a collective entity? As Seymour has explained, the analysis refers to the relevant internal rules of the communities, their minimum organization to articulate demands, and their claim for a permanent and non-ephemeral existence.[8] This, though, is a process of self-determination; the political agency of the indigenous peoples should not be seen as a construction of the State. It could be denied or facilitated through various mechanisms (regulations, institutions, territorial divisions, etc.). Still, it remains an internal process of the indigenous communities that the State should recognize, institutionalize and support, but not intervene.[9]

It is from this starting point that the second question arises: constitutional recognition. Thus, the legal system is in tension with the demand for recognition of collective entities, “peoples.” In turn, this recognition could take a more communitarian (Taylor) or a more liberal (Kymlicka) approach, and not all Constitutions have followed the same path. Some have entered contractual agreements (e.g., the Treaty of Waitangui in New Zealand; the efforts for treaties in the state of Victoria, Australia), while formal recognition is typical in Latin-America. But, even within Latin-America, the spectrum is broad: from silence (Chile) to symbolic recognitions, from the inclusion of multiculturalism to the intense recognition of plurinationality (Ecuador and Bolivia).

In Chile, the constituent process opens up an opportunity to incorporate the long delayed demand for recognition. And while the idea of including a formal recognition in a new constitution has wide acceptance —a public opinion poll in April 2020 showed that 97% of the people interviewed support the idea[10]—, the type of recognition and what should it entail is a contested matter. Early proposals were mostly symbolic, in that they limited the recognition to the factual reality. These types of proposals normally recognized that there are a certain number of  indigenous peoples in Chile and the State has the duty to protect their identities and preserve their cultures.[11] Still, those kinds of proposals seem too thin to grasp the depth of the current debates. The current discussion is now centered on the question whether Chile is a multicultural, intercultural, or a plurinational country; and, the specific sets of collective rights and institutions that should be included in the constitutional text.

In 2017, President Bachelet led a consultation process for indigenous peoples on the issue of constitutional recognition. This was part of a broader consultation in the context of the constitution-making process that she tried to advance during her administration (2014-2018). The results of that process showed that, while there was complete agreement, among other issues, on the need to recognize the indigenous peoples, and their linguistic and cultural rights, there was no consensus on the form of recognition and its constitutional provision. Thus, a constitutional clause declaring Chile as a plurinational country did not receive a complete approval.[12]

While further proposals for the incorporation of plurinationalism have emerged, other forms of recognition, such as intercultural or multicultural clauses are also being discussed. For example, public opinion polls show a strong preference for declaring Chile a multicultural country over the plurinational option.[13] The distance to plurinationalism may arise from the internal constitutional question previously mentioned: the degree of their internal organization and their political agency. Due to various historical reasons, the indigenous peoples´ political agency show strong variations among them, with particular challenges for the Mapuche people. [14] The idea of recognizing “nations”—and how nations would be defined—could, thus, be seen as problematic.

In any case, the differences between the indigenous peoples should be taken into account under whichever form of recognition is to be included in a new constitution. If the constituent process opens an opportunity to finally fulfill unkept promises, it should avoid the idea of constitutionalizing in detail their regulation. For example, if dealing with territorial autonomy provision, the territorial differences—both historical and current—between the peoples of the north, the Rapa Nui in Easter Island and the Mapuche people in the South should move us to include more minimal than detailed clauses. Exhaustive and all-encompassing declarations could lead to more centralization in the relation between the State and the indigenous peoples, and, as mentioned, risk minimizing the differences between them. Furthermore, pushing for total uniformity could restrict, instead of allow, the necessary autonomy in their internal structures and cultures.

A more minimal constitutional rule —not necessarily a symbolic one—could leave the specifics to statutory and administrative regulations for further detailing how the constitutional principles could be implemented, permitting for a deeper discussion on the specific public policies. For example, a constitutional clause could establish reserved seats for indigenous peoples in Congress, but leaving to the electoral law to detail how many seats, what electoral formula should provide for those seats, who could be elected and who could vote, the establishment of internal quota for each of the ten peoples or of a gender quota, etc.[15]

The recognition of the indigenous peoples will be an important debate on the constituent process. Its inclusion in a new constitutional text will fulfill long-standing promises and contribute to a better political coexistence. The specific forms of recognition should be framed under the democratic ideal of ensuring political equality in a pluralistic society, looking not only to the past but also establishing a new understanding for the future.

[4] For example, indigenous disadvantage in Australia has been studied as a wicked problem. https://www.apsc.gov.au/tackling-wicked-problems-public-policy-perspective

[9] For example, the discussion of establishing Councils for each indigenous peoples and a National Council of Indigenous Peoples has been discussed in Congress for over six years.

[15] To this date, the inclusion of reserved seats for the Constitutional Convention is still being debated in Congress. 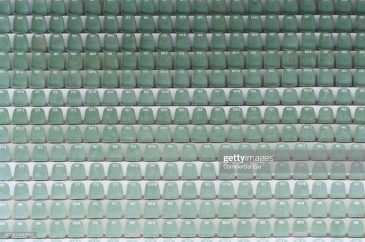 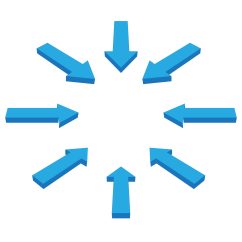